Alone and Surrounded by Killer Whales

The calf rose up to the surface and rolled under again and again. Its mother swam alongside and then periodically, WHOOSH, blew a long column of water vapor into the salty air. My kayak’s skin reverberated with the blast, and I could feel it through my legs. At times, I could almost see the orcas pass underneath my translucent hull… 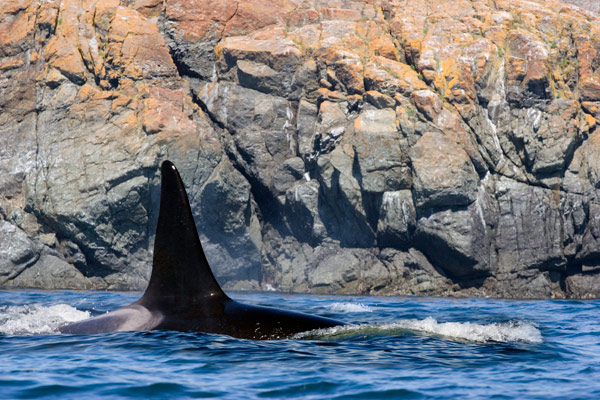 A young bull killer whale swims alongside my kayak

People always think that luck finds me when they hear I’ve been off on another kayak adventure, but they don’t realize that it’s the other way around. I find luck! In my search for good opportunities, I plan far in advance and make sure that I have the freedom to shift my life around when opportunity knocks. That was how I ended up on the western coast of San Juan Island, in Washington State, by myself for four days in August 2007. It’s a popular destination for kayakers, and for good reason– the western edge lies right along the orca migration route. 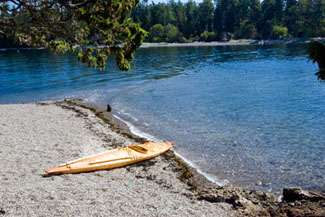 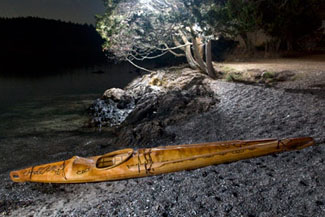 I planned or rather, rationalized, this solo excursion as a good opportunity to do some wildlife photography and also to do some long-distance testing of my new experimental sea kayak design. Short and stout, it has a bit of the look of a drag racer, created by the hump on the rear deck. That hump was designed to allow additional cargo capacity, but still allow an easy kayak roll. Today I’ve left this rear deck design behind in favor of a flat deck– not worth the extra effort of construction. 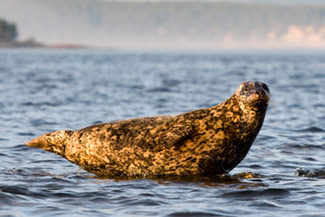 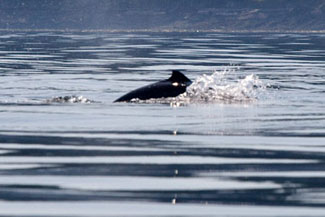 I succeeded in my mission to find photogenic wildlife. No matter how many times I approach a normally skittish creature from the water with a camera, I am always amazed by how much easier it is to sneak up silently by kayak. This seal only just noticed me moments before I nearly ran it over as I glided towards it on autopilot, eye glued to the viewfinder. 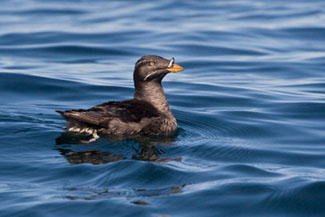 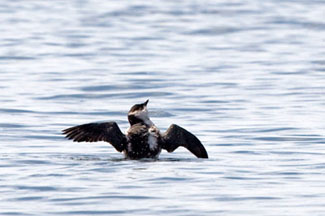 I encountered an incredible myriad of seabirds offshore and it felt amazing. The rhinoceros auklet above left demonstrates some of the more unusual plumage in the auk family (which includes puffins). The marbled murrelet to the right just surfaced when I got this shot. Marbled murrelets are quite rare to see over land, they are what environmentalists call a watchdog species, as they are endangered and finding evidence of a single one nesting in a forest will cease logging operations there. I once spoke to a murrelet biologist who spent a summer of his graduate school days watching the skies for murrelet flybys to do a ‘count’. He didn’t see a single one over thousands of hours of looking.

As a kayaker, I find myself really getting attuned to weather patterns and landscape ‘tracks’. San Juan Island is a great example of this. It’s western side is dry and almost desertlike, covered in scrubby pines with about 18 inches of annual rainfall; its eastern side has the more characteristic cedars and firs of the Pacific Northwest. This strange phenomenon is caused by the Olympic Mountains to the southwest, which block most of the winter rain from the Pacific. Imagine this– just over the crest of the Olympic mountains on the coastal side,  the average rainfall is somewhere around 120 inches a year! Camping in designated marine parks all around the San Juans allows one to really see how the forests look before they are too heavily altered by humans for their purposes. It keeps habitat safe for the enormous numbers of nesting birds like eagles and Heerman’s gulls as well. 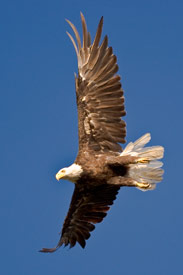 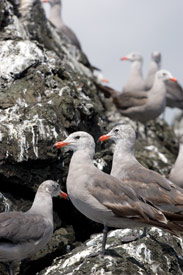 How can one discount the beauty of the San Juans? As a photographer sometimes I feel blessed to be forced to take a closer look, to take a deep breath and suck in all the wonder of the places I kayak to. A simple eddy or a classic sunset all fill me with a sense of gratitude when I stop for minute. 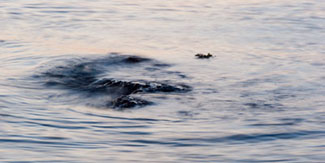 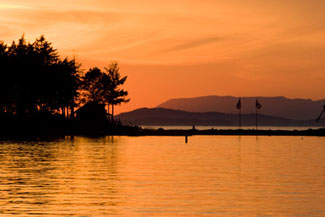 On the other hand, from the sea it can be easy to capture those traditional coastal scenes as well. I think ofttimes the challenge isn’t in capturing the enormous beauty of it all but in reducing the focus and framing the world in a way that conveys and conjures different emotions we associate with the scene. I think the lighthouse and sailboat scenes below tell you how I was feeling along San Juan’s western coast as I paddled lazily and let the currents move me along. There’s a good life lesson too– sometimes it’s better to just time the currents than fight them all the time. 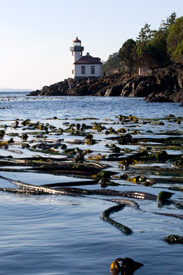 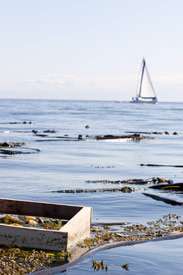 I’ll leave you with a morning image, covered in dew and fog, waiting to be seen. 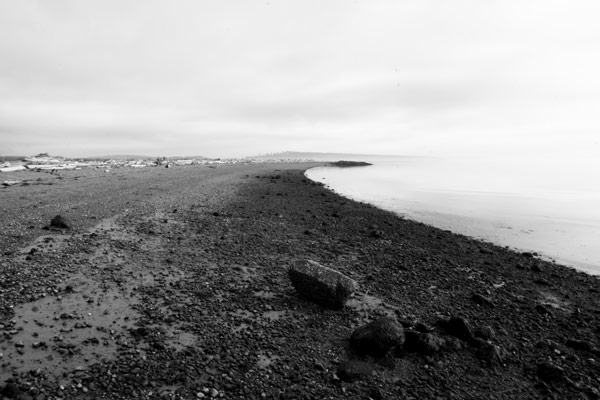 3 responses to “Alone and Surrounded by Killer Whales”