The Oregon Museum of Science and Industry (OMSI) asked us at Seawolf to do an exhibition on skin-on-frame boats, both kayaks and umiaks. It turned out to be an amazing weekend around Christmas in the featured hall, as we occupied some 2000 square feet with kayaks and had about 3000 people stop by to check out the exhibit. 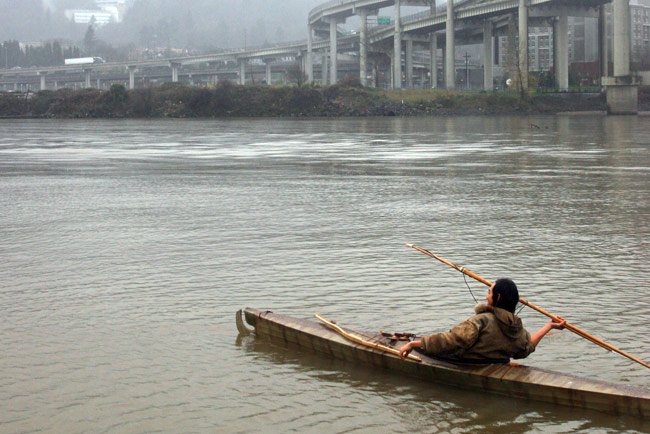 Sometimes we single kayaking types remember how important it is to connect with families. At OMSI it was an absolute delight and privelege to see the eyes of many children light up when they discovered our skin-covered umiak or as they watched students from our residential program work down cedar driftwood into kayak beams during a demonstration. 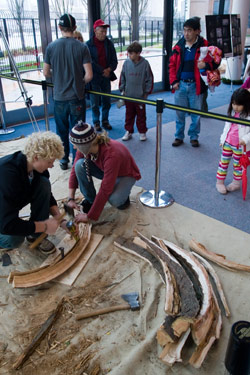 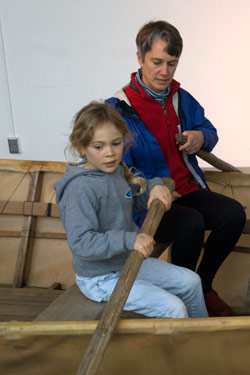 Also very popular was our historic kayak, Ahnkuttie, made of driftwood and skinned with animal hides. You can read the full text article about this kayak that was published in The Bulletin of Primitive Technology, and also check out the kayak itself at OMSI. A lot of interest in that boat, and for good reason, as it may be the only traditionally built kayak ever built outside of the traditional North Pacific Rim regions. Ah, holiday-time… 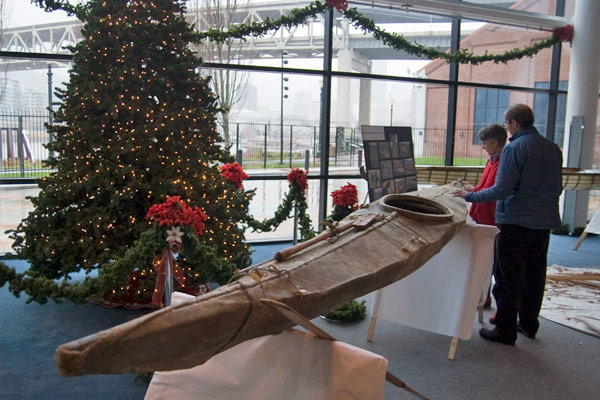 We had several kayaks of different styles from Alaska and Greenland about, including an Aleut baidarka, a King Island kayak, and a West Greenland, of course. 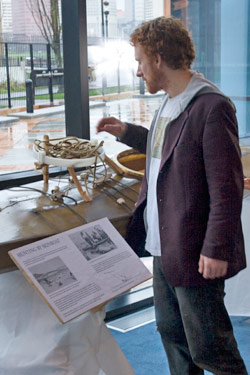 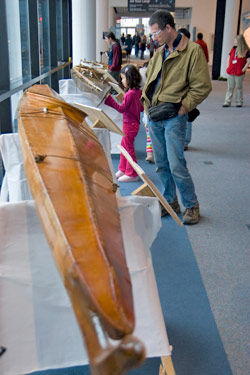 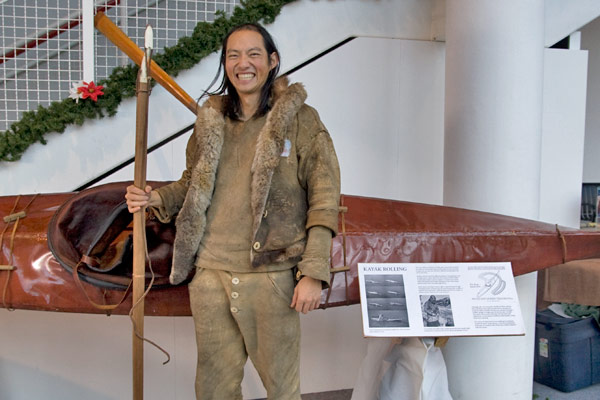 We had a series of twelve display panels detailing all the various aspects of the traditional kayak: design, geography, rolling, hunting & subsistence, construction, etc… I leave you with one panel about kayak rolling.

One response to “OMSI Skin-on-Frame Exhibit”